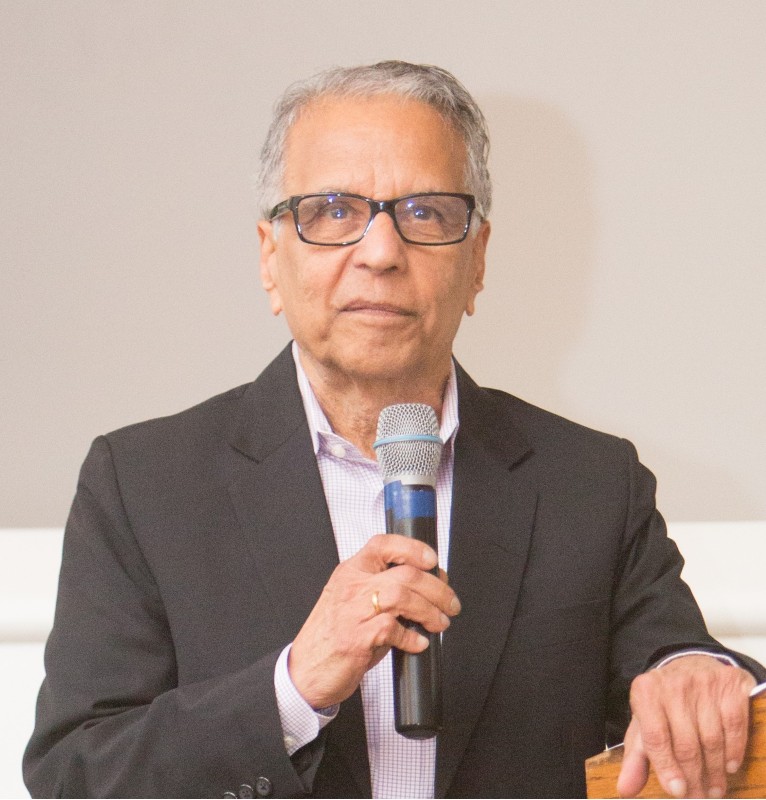 My laboratory has been primarily interested over the past 3 decades in understanding of the peripheral autonomic nervous system. We use pharmacological, physiological and biochemical approaches to understand how transmitters (hormones) are synthesized, stored and released. We examine biochemical mechanisms, role of second messengers and other factors on transmitter release. Ca2+ imaging, patch & lamp, micro aperometry techniques are used to study the role of ion channels and exocytosis at a single cell level. Overall goal is to expand our knowledge of the control of neurosecretion, which plays a vital role in human diseases, such as Parkinson's, Alzheimer's, mental depression, hypertension and several other disorders.

Trophic Influence of Target Cells on Neurons - We have discovered that sympathetic neurons when cultured alone acquire abnormal transmitter release properties. However, when neurons are cultured with their target cells (i.e. cardiac cells), these co-cultured neurons behave very similar to their counterparts in the body. Our goal is to identify the mechanism and possibly identify the molecule responsible for the trophic action. These studies wills how that target plays an important role in maturation neuronal function.

Apoptosis of Neurons by Adenosine - In past few years we have found that excess concentrations of adenosine induce apoptosis in freshly plated cultured neurons. The action is mediated by intracellular mechanism but not by activation of membrane receptors. Several lines of evidence suggest that adenosine interferes with new mRNA and protein synthesis. Therefore our goal is to identify the effectors of apoptosis that are principal targets for adenosine. Our hypothesis is that adenosine inhibits synthesis of proteins that are vital for cell growth and differentiation. Thus adenosine may have an important physiological role in development of neuronal system.

Control of Catecholamine Release from Chromaffin Cells - We have been studying supply since 1980 release of medullary hormones from the adrenal gland by stimulation of its neuronal supply. Currently, we apply the technique of amperometry to measure release of catecholamines from single cultured chromaffin cell. We have shown that in addition to acetylcholine various peptides also stimulate catecholamine release and influence other functions of the chromaffin cells. We are interested to know the molecular mechanisms of secretion by these peptides, role of Ca2+ and other second messengers. In collaboration with departmental colleague, Prof. Jena, we are planning to apply atomic force microscopy to study dynamics of exocytosis induced by cholinergic and non-cholinergic transmitters in chromaffin cells.

Search PubMed for publications from the Wakade Lab